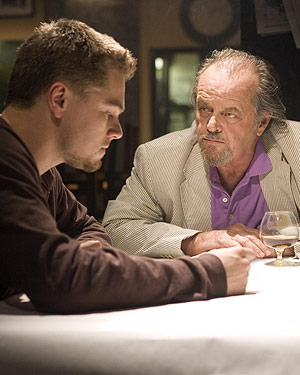 I just got back from watching Martin Scorsese's new movie "The Departed." A great movie….well worth the price of admission. The cast is phenomenal (Nicholson, DeCaprio, Damon, Sheen, Wahlbergh) and the script is even better.  Martin Scorsese is one of my favorite directors movies and he had me enthralled for the entire 2 and a half hours. What's this half to do with track you ask? Well, the movie is full of plot twists and without giving away the story the underlying motif is rats. Not rats as in the dirty little animal that scampers around in sewers but rats as in an 'insider' or a 'spy.' The movie features spys spying on spys. It occurred to me if governing bodies were really concerned about putting an end to doping in sport that this might be the way to do it. For example, we suspect that a prominent sprint group has an organized systematic drug program. To bust it you send in a 'rat' to infiltrate the group and find out who is prescribing the drugs and monitoring protocols, what part the coach is playing in the administration, and if there are any outside sources involved (like Balco or other companies like it). While not many athletes would be up for the task I'm sure you could get some guys who would gladly do it if they were compensated by USATF and they knew that they couldn't be fished out or have their identities revealed.  I'm certain this would work. I hear the substantiated rumors all the time about such-and-such an athlete doping and I hear the details  of their use. If you’re on the inside of elite track and field you hear this stuff on a semi-regular basis so I know the information  is out there. USATF and WADA have called for people to come forward but to the best of my knowledge it's a completely voluntary thing. This has been slow to work.  If you gave the informants some financial incentive I think you might see more info coming out.
Discuss entry