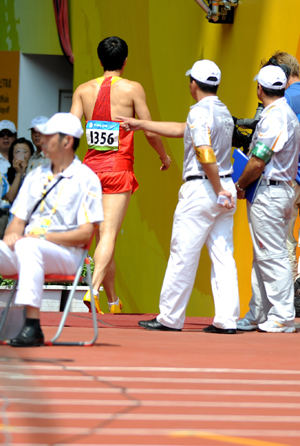 OK. We’re about half way through the Olympics now and the track portion of the games is well underway. Despite the miserable track coverage, I’ve been enjoying watching as much as I can both on NBC and their online site. Here are some more random observations since my previous post.

Well, that’s it for this installment. I’m guessing there’ll be one more random observations entry before these games are through.
Discuss entry